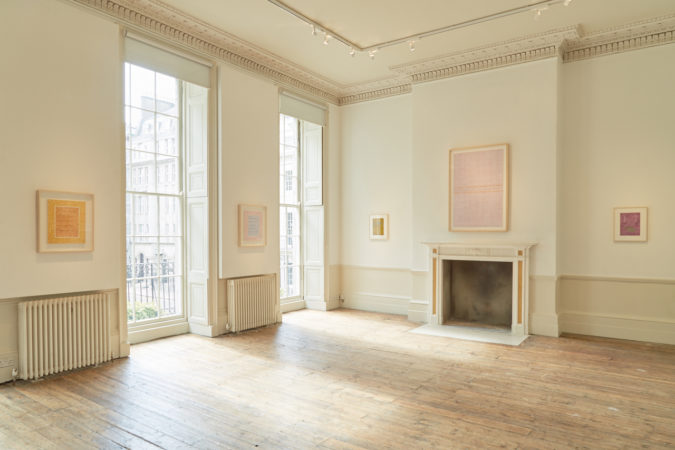 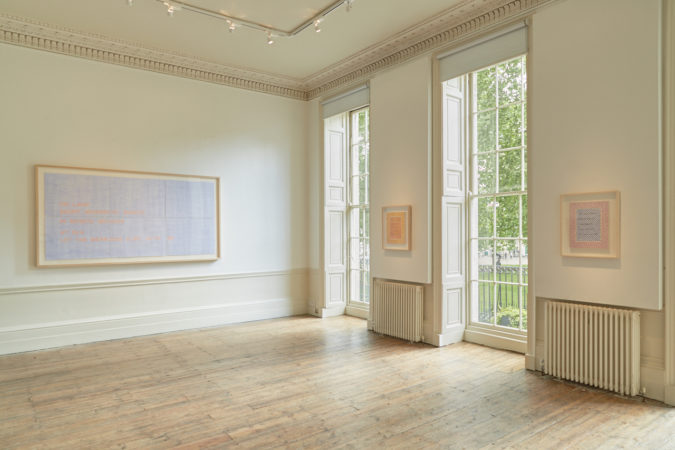 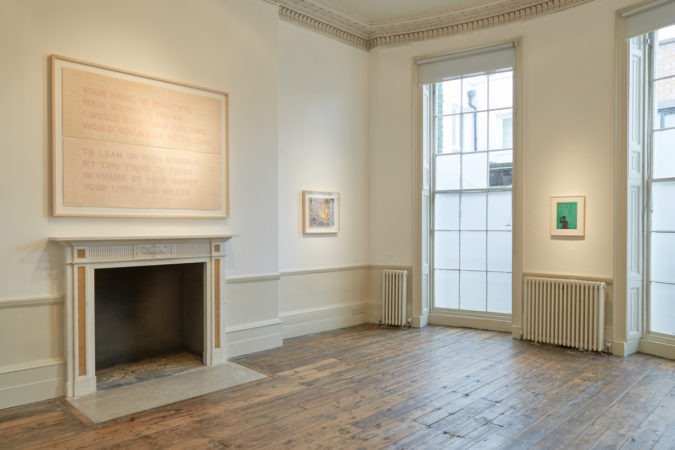 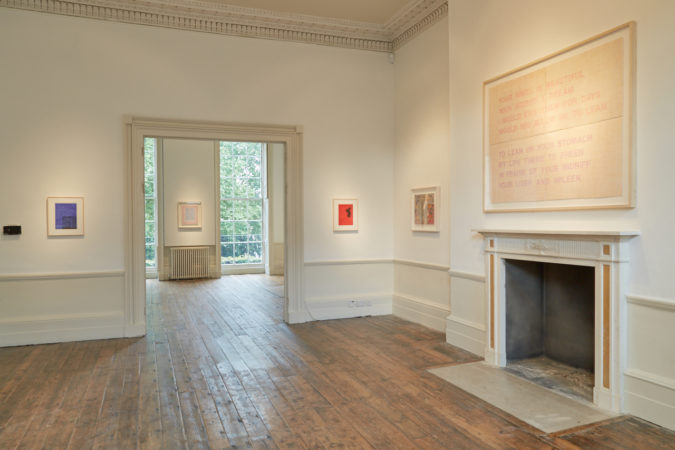 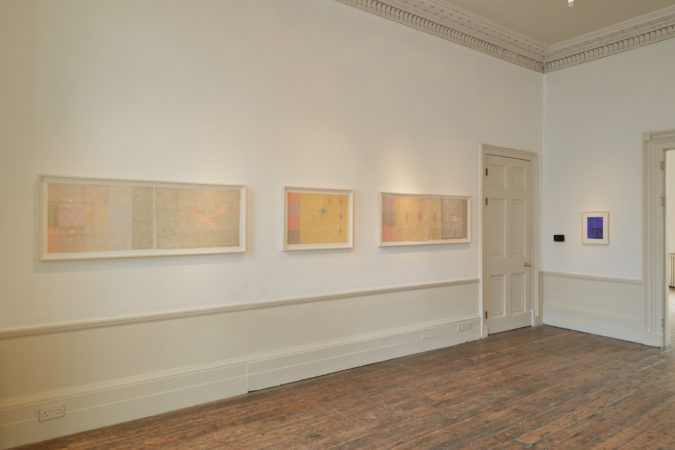 Paolo Colombo’s paintings and photographs illustrate a lyrical series of moments, each holding the intensity of a world.  Ranging in sizes to be peered into or poured over, they open across saturated washes of color, checkered squares, fine lines or lettering with the consistency of embroidered cloth. Chosen in part for its resistance as a medium to correction, we see watercolours in their most soft or dense tones of magenta, deep red, azure, and the rich pale gold of a particular light.

Several works physically suspend or lightly attach silhouettes, leaving a shadow or suggestion of possible movement (a pair of shoes, a ballerina), while others arrive at this suspension visually, placing a shape (a bundle of flowers, a foot) with the elusive insistence of a gesture against a textured field.

In one painting, a right hand shown to the wrist hovers over a black and white ground of small squares, as if to lift something. Around it, orbs of colors call to mind chess boards scattered with petals, or an endless calendar of days and nights adorned by unexpected, festive aureoles. In another, a white elongated shell hangs from a red string attached to the top of the piece against a rich red backdrop, scattered with  six white circles.  The shell has the shape of a paw or wing, and just touches the surface below it.

The photographs encourage us to reflect on the process of creation as well as the materials and vessels that contain such offerings: a bucket, a piece of watercolor paper. Furled petals or the symmetry of circular lace-like edges of plastic bread baskets—lively with color, but still—show an ephemeral yet persistently renewed attention to the significance of small things.   One basket contains blue, red, pink , and white vials for holding holy water: each with cap and handle, ridged by circumscribing lines that in turn echo the lines of the surrounding basket.  The composed, meditative surface is startled in each photograph by a detail that draws us inward, to consider the feeling and time that has filled these objects.

The balance in Colombo’s works lends a talismanic specificity to their first impression of abstraction: we have the sense of inhabiting a gaze that returns many times to a thought, memory, or wish with renewed brightness, with the keen edge of focus and the nuance of a hint. The appearance of lines of poetry in a large work of six panels, addresses praise that is both tender and oblique, further urging us in to such a return; this lettering is only slightly darker in hue than its ground, as if written in sand.  In another work, one word rises in the bottom right of the frame from a single base, in tall black letters against a glowing blue—frosorina. We discover it with the singular regard of a name repeated many times.

The title of the show, Frosorina, is a homage to a folk song from Epirus.

Andrea Applebee is a poet and editor based in Athens, Greece. Her first book of poetry, Aletheia, was published in Fall 2017 with Black Square Editions.